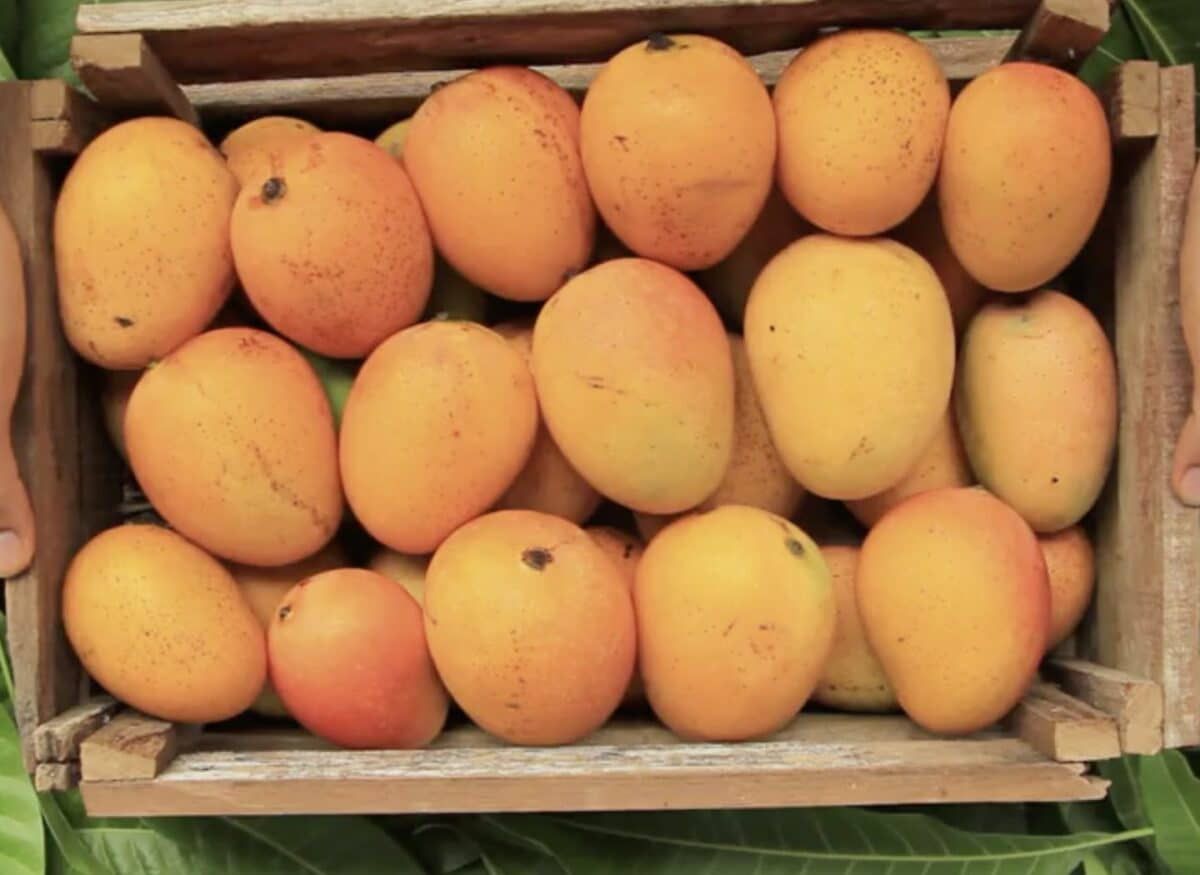 Maharaja Ranjit Singh (1780 – 1839) was very fond of mangoes and good governance, both of which were in abundance in Punjab for the most part of the last five hundred years. On a whim, one day the valiant king expressed his desire for a picnic in a more natural setting and not in the palace gardens.

“Pitch my tent in a mango grove somewhere,” he ordered.

His command was acted upon without a moment’s delay and the Maharaja along with his courtiers and security detail went to a nearby village. It was never easy to manage his public outings because the king was deeply loved and revered by his subjects. The people of Punjab would throng in big numbers to catch a glimpse of the Maharaja. Nevertheless, his chief minister swung into action to make the arrangements with the owner of a large orchard. Without anyone getting a whiff, his tent was pegged on the private property and preparations were made for his favorite meals, drinks and entertainment.

Once there, he roamed about the orchard and saw a giant mango tree in a corner.
“Forget the tent and cooked delicacies,” he said. “I’ll sit under this tree and eat fresh mangoes.”

A giant rug was rolled out, his royal seat and foot pedestal, side tables, a center table, a bowl to wash his hands, the other to throw the seeds and skin, water, sherbet and everything else was instantly put in order and the Maharaja took his seat. Security guards stood discreetly at a distance and two maids began fanning him. After enjoying a succulent mango, the king leaned back on his throne when thud! something hit him on the forehead. The next moment, blood was trickling down.

The security team went into a tizzy and it turned out that the Maharaja had been hit with a rock. The ministers were trembling at the major security lapse. Heads would roll today, they thought.

The culprit was nabbed in no time and brought to the king, and much to everyone’s surprise, he was a young boy, his curly and sparse beard barely sprouting from his tender skin. He fell to his knees and begged for mercy.

“I had no clue, Parvardigar (Lord),” he said with folded hands. “This was the closest tree to the fence and I was just aiming for a mango.”
“Do you, your father, or any of your relatives own this orchard?” the king said, to which the young boy replied in the negative.
“That means you were stealing!” the Maharaja roared. “Even if you did not know that I was here, you still committed the crime of stealing.”
“Yes, Your Majesty,” the chief minister said, “he has attempted burglary and assault.” The king gave the minister a hard stare for speaking when not asked.

The young boy started crying profusely and pleaded guilty. This was not the ruler he had heard of. The Sher-e-Punjab (Lion of Punjab) Maharaja Ranjit Singh everyone talked about was most compassionate and loving. He was a ferocious lion only for enemies.

“Calm down, young boy,” the emperor said, dabbing his forehead. “I don’t doubt your intentions, so you decide your own punishment.”
“His Majesty is bakshanhar (forgiver), annadata (giver),” the boy said with his hands folded. “My sin is unpardonable and beyond punishment, but if there’s anyone who can give a befitting punishment it’s thee alone!”

The king’s voice softened a bit but not his stance as he ordered the young man to determine his punishment.

“O gareeb-nawaz, may the glory of the Maharaja spread far and wide, I have only a humble submission,” the boy said. “When I cast a stone at this ordinary mango tree, it gives me a mango. Whereas His Excellency is the most extraordinary and majestic one, known as Kalpavriksha (wish-fulfilling tree). Now that I have accidentally hit the Maharaja with a stone, whatever fruit thee wishes to bestow upon me will be a blessing.”

The king laughed at the wit of this young boy. He nodded and looked expectantly at the minister in attendance, who immediately fetched a small bag. Taking off his pearl necklace, the Maharaja handed it to the boy along with a basket full of mangoes and a pouch containing gold coins.

“I’m sure,” the Maharaja said, “I can do better than the inanimate mango tree. Besides, that’s what the Guru sahiban 1 have taught us.”

The boy went away singing the glories of the Maharaja. For most of us, it’s hard to even imagine conducting ourselves like the king, let alone actually doing it. We often have a long list of justifications for not being forgiving or compassionate to certain people under some circumstances. We want to “give it back” to the other person. For, they should be taught a lesson, how else will they learn, they should know who they are messing with etc.

I also accept that absolute rules don’t always represent the best option. When Tibet accepted non-violence as its chief rule of governance, it dismantled its defense system only to be gobbled up by another country completely. Sometimes, you’ve got to bring a gun to a knife fight. Having said that, there’s no denying the fact that forgiveness is the high route, it’s the road less traveled with only a few takers.

The pertinent question here is how to really ascertain whether you should reply to a slap with a punch or turn the other cheek? When to let go versus give back?

In my humble view, it boils down to two things:
1. the situation and,
2. the intention.

If you are being attacked and you have to defend yourself, naturally, you will do what you feel is right to save your existence in that hour. It pays to keep in mind though that if someone is attacking you verbally and you respond physically, you are no longer just defending yourself but have instead started a new conflict. In other words, any action done in the name of self-defense can’t be whatever comes to mind. That’s where mindfulness comes in extremely handy, it helps us keep our sanity intact in the face of an undesirable situation.

Sometimes, however, things can spiral out of control real fast. The damage is already done before the people involved have even had the chance to breathe. It happens more often than we’d like. When you have been wronged and you are unsure of whether to forgive the other person, just reflect on the intention of the other person. If you feel that they never wanted to act or speak a certain way, you will then find it easier to forgive and move on.

I’ve written a fair bit about forgiveness and reconciliation. Until one or the other happen completely, you will find yourself stuck in the past. It is impossible to let go of the hurt, resentment, anger or grudges for a mind that has not forgiven or reconciled yet. Forgiveness is saying that I may or may not have accepted what you did to me but I will no longer hold it against you and I will certainly not punish myself over it. Reconciliation is that I accept I was wronged, that, you may not seek my forgiveness but I have accepted the fact that I was put into an undesirable (often avoidable too) situation and I have made my peace with it.

Both forgiveness and reconciliation have an element of indifference to them, however subtle it might be. It’s not just healing or acceptance. Somehow, you have moved on and it doesn’t affect you as much.

At all times, however, just remember that it doesn’t matter how vehemently you disagree with someone, or how much you want to smack them in the face, you have the choice to be gentle and mindful. Often, you will get more done in harmony than otherwise. Sometimes, a smile, a chuckle, a sincere compliment is all that’s needed to turn the tide, to have the other person see your perspective.

In fact, if there was only one quality you could possess so you live with far fewer enemies in this world, just one attribute that will make you at once likable amongst your friends, family and peers, it’d be to talk sweetly with everyone. As goes the age-old idiom by Kabir:

This was the theme I had in mind when I started writing this post: the importance of gentle speech. It was the sincere and sweet manner of the boy that melted the heart of the Maharaja. What the people of the state remembered the most was not the valor of their king but his compassion. (Folk literature of Punjab is full of numerous such tales of Maharaja Ranjit Singh.) And while many may experience your compassion in your gestures, it’s mostly with your speech that you will have the first introduction.

An army officer asks to borrow a dollar from a soldier.
“Sure, buddy,” says the soldier.
“That’s no way to address a superior!” screams the officer. “Now let’s try that again. May I borrow a dollar, private?”
“Sir, no, sir.”

Just take a moment and think about all the wonderful people in your life. Think about who you would like to be with the most and whom you remember the most. Chances are this person or these people spoke to you respectfully, lovingly. Their words and actions made you feel loved, valued, and important, and that’s probably why you like them. We naturally have a greater affinity for those who are nice to us. Try disliking someone who speaks to you gently and says good things about you. See what I mean?

What is equally baffling is the fact that we know that sincere and sweet speech is the foundation of all good relationships and yet, in this age of freedom and trolling, our worst behavior comes out at the slightest discomfort. Fragile egos, brittle hearts, little patience… not the way to go for one hoping to lead a life of love and fullness.

Any day, it’s much easier to have a sweet mango than a sour one. No? But, a mango only becomes sweet when it’s ripe. So it is with one’s spiritual evolution. As you ripen, you sweeten.

P.S. The 9-day Navdurga sadhana event starts today. It’s free to access on the live page. os.me/live. I wrote about this Sadhana here.

208 comments on this post. Please login to view member comments and participate in the discussion.

Perfecting Your Posture in Meditation
Tongue in Teeth 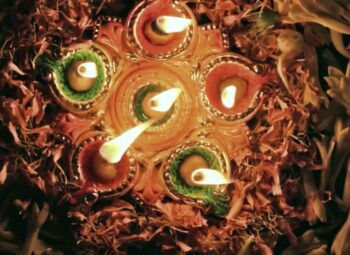 I have something to say. It's important. And it cannot wait... 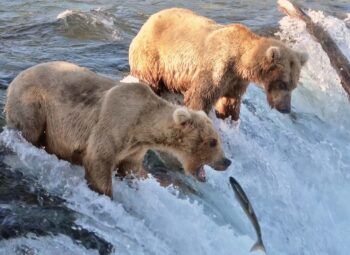 What if the world found out who you really are deep down? 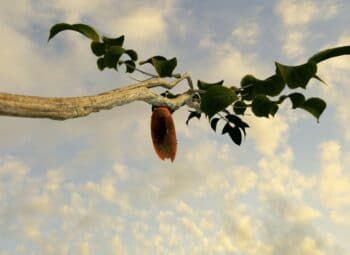 A majority of our problems would disappear only if we grew up... 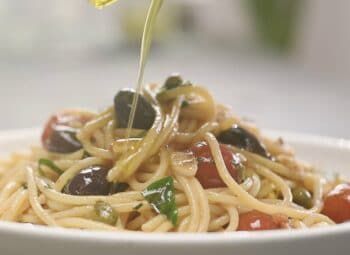 It's incredible how much there is to learn from your tongue... 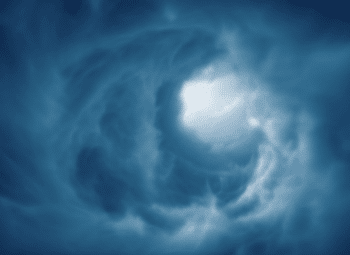 Perfecting Your Posture in Meditation 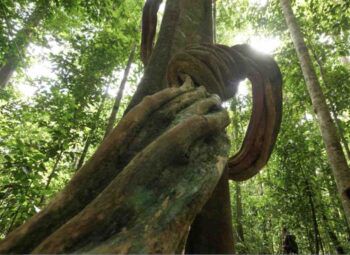